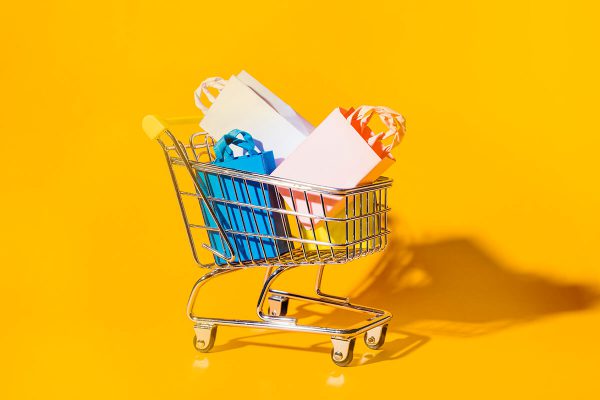 You’re never too old to role-play. In fact, some adults require this in their relationships; it’s the only excuse they have to play dress-up and well… you know… hit each other with fake foam swords in the park (where did you think we were going with that?)

In marketing, we also think that it’s important to role-play. Some businesses like to make simulated scenarios where they pretend to be a customer who has a problem that they need to be solved. We do a similar thing where we create an archetype of the ideal customer for your business, the type of person that would be interested in what you have to offer and be likely to purchase your goods and services. This mock-up of a person is known as a buyer persona — and it’s a lot less silly than it seems.

What kind of people are already buying from you?

You probably notice that the people who buy what you’re offering share some similar traits and interests. Knowing the kind of people that you interact with can help with the number of personas you need.

To keep it simple, let’s say that you own a butchery specialising in grass-fed meats. There are a few groups of people you want to focus on, and groups you don’t, and they can each have their own persona. And the more detail you can add, the better.

Meaty McMeaterson doesn’t count food as a meal unless meat is the main course. And she only goes for the best. Fortunately, she has enough disposable income that she doesn’t worry about her food budget. She buys your premium meats on subscription and pairs them with top-quality spices and wines to show off to her friends on the weekends. Practically every weekend.

She found you through a recommendation from a fellow meatatarian and confirmed you were good when she found your site through a “Best meat near me” Google search.

Bill Price loves quality meat. But he loves saving money even more. He doesn’t have too much extra money, so only comes around to your store occasionally. And when he does, it’s either early in the morning or right before closing so he can raid your discount section. If he doesn’t find a deal, he’ll come back again later instead of paying full price. You don’t really make a profit off of him, but he at least he reduces your overhead and lets you break even.

Bill found you on his own by searching for “Discount Butcher” and finding a Google Ads link with a 20% coupon with marketing emails signup—Where he promptly signed up with a dozen different addresses.

Herb is one of those vegans, the type that makes sure everyone knows it. An animal rights activist, he saw one of your billboards while driving to a protest and immediately seethed in anger. Herb doesn’t care about your business practices or your selection. He gave you 1-star reviews all over the internet where he swears at you and calls you a murderer.

Herb found you by going directly to your site and signed up for an account just so he can write scathing comments on all of your blog posts.

Why do these buyer personas matter?

Buyer personas matter because you approach and treat each of these groups of people differently. The Meaty McMeaterson’s of the world love that you’re constantly coming up with new products and widening your selection. Bill Price’s come around for big sales and might skim your newsletter, but only really engage when a discount is attached, but do so consistently. You try to avoid the Herb Avaorés’, but occasionally one will pop up—and you learned it was better to not engage with them at all.

You can use this information to tweak your offerings and your marketing strategy. And we have the experience to help you create these personas and use them effectively. We’ll help create newsletters with featured products and with advertising for your big sales, while flagging questionable reviews from people who rated you without even using your services. The strategy all depends on your goals and personas, so stop by so we can discuss buyer personas and much more with you today.

WANT TO IDENTIFY YOUR TARGET MARKET?

We offer an NZTE (government) funded course to help identify your target audience and your target markets (buyer personas), and effectively identify, create and plan the delivery of content topics, central to your business’ expertise, and your audience’s core needs and interests.

The key to victory is preparation! Our marketing strategies plan for the long game, and we play to win.

Inbound is about creating positive, valuable experiences for people so that they’ll share what you do and keep coming back.