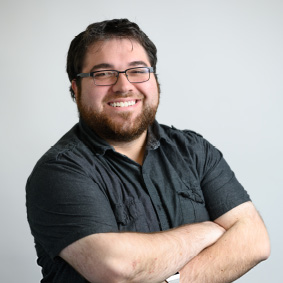 There’s a lot of news about technology spying on you. It seems like every few months there’s a new scandal or rumor about big tech doing something intrusive or being too good at their job. But how much of it is true? Are technology companies like Google and Facebook spying on you? The short answer: yes–in some ways. If that’s true, how is it legal? Sometimes it isn’t. Other times, you may have actually given them permission to do so. But the real question is: Does it matter if they know a lot about you?

Facebook’s tracking is one of the most comprehensive systems out there. The ads platform lets you target with extreme precision; for instance, you can target a group that only has ALL of these characteristics:

Of course, the more specific you are, the smaller your audience will be. This might make you wonder how Facebook knows these things about you. You might voluntarily include some things when you fill out your profile. If you have your real birthday and location then it makes sense for Facebook to know those things. But it knows a lot more about you than what you choose to include. In fact, Scientific American did an expose called The Internet Knows You Better Than Your Spouse Does. Facebook has 3 billion active users. Turns out one of the favourite pastimes is developing intricate profiles for every one of them.

How can I see what Facebook knows about me?

Facebook keeps detailed records of all of their users. And you can see what they have on you in a few clicks.

As the main way that people find information, Google is an invaluable tool. But it doesn’t just do nothing with those search queries. All of those searches are saved and analysed. And it uses that data to improve its search results.

What does Google know about you?

It’s pretty straightforward to find out what Google has surmised about you. All you have to do is be signed in to a Google/Gmail account and go to adssettings.google.com.

So how accurate are they? It depends. On my work account, Google thinks I’m an upper-class middle-aged female that works at a corporation. But the account I use at home on a day-to-day basis? Extremely accurate. It’s definitely interesting to see what they have on you!

While you’re looking at what Google knows about you, you’ll have the option to disable personalised ads. Turning this off doesn’t mean you’ll see fewer ads, but the ads on Google and YouTube won’t be targeted to what they think you like. Instead, they’ll be randomised. But if you prefer it that way, you can turn personalisation off from the link above.

What do companies get out of spying on you?

Have you ever talked about something you’ve NEVER searched for online and then saw an ad about it shortly after? Yeah, it’s not just you–the tech giants have been accused of doing more than just recording what you search for on their app and website. And they use that info to find more ways to make money from their ads platforms.

Facebook and Google use complex machine learning algorithms to learn about each and every one of their users. Then they use that data to send you targeted ads.

These tech companies take the data of their billions of users and combine it together to make a personalised profile that it uses to show you ads for things that should interest you based on the pages you like, posts you interact with, searches you’ve done, and ads you’ve clicked on to make educated guesses about who you are and what you like based on people like you.

At first glance, collecting data on one person might not seem like it would yield many results. For instance, if you never buy from Facebook ads, how does it help them to know what you like?

The power comes in collecting and collating the data across billions of users. While you personally might not buy from ads, someone with attributes like you might. With so many people, Facebook and Google can build profiles of you and people like you to make educated guesses about what you want to see, especially for ads.

More than once, big tech companies have been accused of taking their information gathering too far. And not all of those accusations were false.

Collecting data is valuable to get the right ads to the right people at the right time. It’s how Facebook and Google have grown so big and can provide their services to the public for free; they make enough money back by getting people to advertise with them. But for people to keep paying to run those ads, those ads have to be effective.

For Facebook, one of the most recent spying controversies was that they were watching Instagram users through their cameras. At this point, they claim that it was a bug sending notifications to iPhones and not them accessing the camera. Another time, they paid people (including teens) $20 to install an app that spies on them.

Google has had a few problems with spying on its own. Back in 2013, Google had to pay $7 million dollars for its Google Maps cars collecting data from unsecured WiFi networks they drove past. There have also been reports of Google collecting location data on Android phones even when location is turned off.

Even with the fines that went along with the controversies, the companies tried again later; showing how valuable that data really is to them.

Do Google and Facebook give my information to advertisers?

While Google and Facebook know a lot about you, they don’t necessarily connect it to you as an individual. It’s more the shape of you. While they of course know the name you signed up with and the location where you signed up, they claim not to connect that to a person. So the ads aren’t targeting Jono Williams of 30 Dee St Invercargill, they’re targeting “25-34 year old male who lives in NZ and likes Science Fiction books and is interested in travel and price comparisons”. What this means is that advertisers don’t get anything that connects the personal info back to you, but information about the attributes of people are able to be used for targeting.

For example, they might know there are 20k people interested in duck shooting in Southland, NZ. So ads targeting Southland NZ about Duck Shooting will reach those 20k people, but the advertisers won’t get information about who those people are.

Does it matter that tech companies know a lot about me?

People are split on whether big tech knowing about them is a good or bad thing. On the one side, some people think that it’s creepy that they know so much, and that their spying feels like an invasion of privacy. With enough data, they can almost predict behaviour for some people; they can know what they will do before the person does.

On the other hand, until a radical shift in the digital economy happens, ads are here to stay. If anything, they’re likely to become more prevalent over time. Think of how many more YouTube ads there are now than a decade ago! A lot of people think if they’re going to see ads anyway, they might as well be about something they’re interested in. It might be a new product or a good deal on something they actually want. If they have the information, they might as well put it to good use!

In the end, it’s up to you–and whether you think privacy or relevant targeting is worth more. Turning off personalisation can stop the companies from tracking some information, but you’ll have to avoid their use entirely not to be tracked at all for ads. If they put so much effort into ads, how well do they work? To find out more about if these ads are effective on a local scale, check out our article, Does advertising on Google Adwords really work? 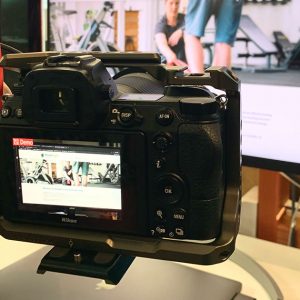 Finding a good image to use for your website can be difficult. A banner image (also known as a “hero” image) is the big picture that you ...

What is Hubspot? [VIDEO]

The HubSpot CRM platform is a full suite of software built to power this inbound approach to help you — and your customers — grow better ...