Are you accidentally harming businesses you love through online ratings? 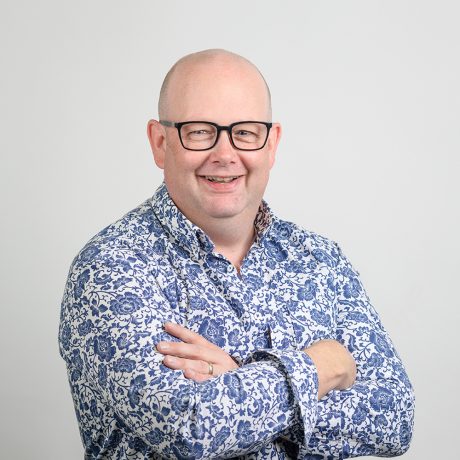 Online ratings and customer reviews are one of the most important metrics to help first-time visitors decide to visit a company. Most review sites such as Google Reviews, Yelp, and Trip Advisor use a five-star rating system where 1 is the worst and 5 is the best. Something we’ve noticed, especially for local businesses, is that some satisfied customers are leaving low review scores, yet their review is nothing but praise. Some people have even admitted to never giving 5 star reviews. If you’re one of them, we hope this article will help change your mind.

A 3 star review is NOT a good review score. It means you were unhappy and that the business didn’t deliver on its promises and expectations. Even if you personally think 3 stars means a job well done, the majority of people see the scale a different way. Satisfied customers giving poor star ratings is frequent enough that we think that some people are misunderstanding what the star rating on some of these sites mean.

Happy customers giving those 3-star ratings could accidentally be harming a business they love.  A couple of these for the same business could  lower the online rating enough for people to not bother clicking in and reading more, all because satisfied or even regular customers rated it poorly. Are you one of them?

What does the 5-star rating system mean on Google and other review sites?

While specifics vary on individual review sites, in general, the best way to think about the 5-star rating system is your satisfaction level. Instead of something like hotels where each half star indicates a new tier of fanciness, a 5-star rating on a site like Google means that the business did well and you’re happy with the result. To further illustrate this point, check out our explanations and examples about each online rating below.

5 stars doesn’t mean the business is the single best business in the entire world. It’s not meant to be reserved for the best of the best. Instead, 5 stars means you were happy and satisfied with your interaction with the business. It means the business didn’t do anything too off-putting and that you’d feel okay returning some day. If you’re a regular at a place by choice, it should be a given that you would rate it 5 stars.

I recently went to a pizza place that had excellent, handmade pizzas. It was in a busy part of a downtown city, so parking was tough. The people in there were friendly and helpful, even though I had a voucher. I was a bit early so had to wait a few minutes, and it was a little warm for my liking. When I got the pizza it tasted great, though I wouldn’t have minded more pepperoni.

You probably noticed that I actually had a few minor issues about the place. Parking was bad… But it wasn’t their fault. I also understand that I generally prefer cooler temperatures compared to most people. And sure, more pepperoni would’ve been good, but they didn’t skimp. Since I was happy overall and got good service, this deserves 5 stars.

A 4-star rating is doing pretty well. However, there was something you dealt with that was more than a minor inconvenience. 4 stars means that you were satisfied overall, but there was something significant that made you wary. This could be some kind of miscommunication that’s the fault of the business or going to a service-based business where the worker was a little off-putting or wasn’t the friendliest but still got the job done.

Example of a 4-star rating

When I first moved to New Zealand, I brought my little dog with me. Because importing animals is so complicated (probably even more than humans!), I worked with a company who knew the laws and took care of all the paperwork and gave me a timeline to make sure it would be done properly. It was quite expensive too. This wouldn’t have been a problem on its own, except for at one point they forgot an important step from the vet so I had to make an extra appointment and push my move out by a few days.

In the end, this delay actually worked in my favour, but for other people it could have ruined the entire move plan, and it was a mistake on their end that shouldn’t have happened. Besides that, service was good, and employees were helpful and responsive. But since the setback cost me more and could potentially hurt other people’s plans, I knocked one star off.

A 3-star rating means that you had a so-so experience, and would probably be hesitant to return. 3 stars means you were unhappy with something important, but that the company did some things right. Things like waiting an extra long time for your food at a restaurant, constantly rescheduling appointments, and low-level rudeness from employees are common reasons someone might give a 3-star score.

Example of a 3-star rating

I decided to try a new burger cafe after they had a special promotion where I got a milkshake to go with any burger on the menu. It didn’t taste terrible, but the burger was overcooked and didn’t come quite as described on the menu. The milkshake, while it tasted good, didn’t have the toppings mixed in properly and they were all at the bottom.

None of the food was necessarily bad, but everything was a bit off. The employees seemed unfocused and distracted. And there were enough alternatives in town that I wouldn’t visit again.

A 2-star rating is for when you have a bad experience, but not absolutely terrible. 2 stars means the overall experience was poor, but there was at least one redeeming, positive quality or portion of the experience. This could be something like being very expensive for the value, getting bad service, or having a mistake in your order that takes a few times to get right. And although the majority of the experience is bad and you won’t return, the business did something positive like having friendly servers or offering a partial refund.

Example of a 2-star rating

A franchise I’d gone to a few times in the past ran a radio ad for a new item that I was keen to try. I was planning to go somewhere else until I heard the ad and turned into visit them instead. I got sat down and told them what I was there for and was told that they didn’t offer the discount anymore. Then I explained that I heard the ad literally less than 10 minutes earlier but they didn’t change their mind. Since I wasn’t alone and the person I was with was set on eating at the restaurant, we decided to stay. The meal I ended up with wasn’t particularly good–but the earlier experience might have been part of the reason why I felt that way. Fortunately, once the food came out we got a new server who was friendly and made the trip better.

Not honouring advertising is bad, and can even be enough for 1 star on its own. And my food wasn’t the best either. However, the new server did what she could to make the experience better. She was friendly, helpful, and attentive, enough that the place deserved at least one more star.

A 1-star review is for terrible experiences, places that are just the worst.  1 star means that everything about the experience was terrible. Not only will you not return, but you might actively warn others know not to go either. If a business gets 1 star, you’ll have a hard time wondering how they managed to stay in business at all.

Example of a 1-star rating

I was looking into a college I was considering attending and needed a place to stay. Being a poor student, my budget was low but I thought I found a good deal. A hotel in town was  offering a steep discount for a one night stay and I pounced at the opportunity. The pictures were nice. But that was it. The staff was rude and immediately identified me as one of those “voucher people” and I had subpar service from the start. I couldn’t check in 15 minutes before the check in time on their site even though my room was ready. Plus they added extra “fees” just because they could. The room was old and dark with almost no light. And the bathroom with the cracked tub had a door that wouldn’t open all the way because it would hit the wall of the closet.

They put me in the worst room (I’m assuming) because of a discount that they offered, and wouldn’t allow me to change to another even though the place was nearly empty. The extra fees shouldn’t have existed either. And they were rude about the whole thing.

We wrote more in-depth about customer reviews in a previous blog, but for a quick summary, some surveys show as many as 90% of people read online reviews before visiting a business. The overall star rating is the most important factor. Businesses with a 4 or 5 star overall rating have a good reputation and the vast majority of people trust them. Drop under 4 though, and trust starts to erode. Fall in the low 2s or 1s, and you’d better be an essential government service, or hardly anyone is going to trust you enough to take the risk.

If you have a good experience and are satisfied with a business, don’t harm their reputation by giving them a low star rating. Remember; 5 stars doesn’t mean perfect, out of this world amazing and exceeding expectations in every possible way. 5 stars simply means that the business did what they were supposed to and treated you well. 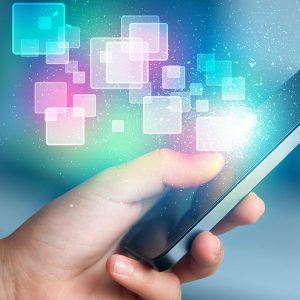 How Much Does an App Cost?

How much does an app cost you ask? This is a very important question you should definitely be asking. More importantly, you should be asking ...